This is the full guitar lesson for Everybody's Talkin'.

Everybody's Talkin' was originally written and recorded by Fred Neil in 1966 but it was Harry Nilsson's version of it in 1969 that became a hit. The song was featured in the classic film Midnight Cowboy and went on to win a Grammy.

This song is deceptively tricky. The tempo is fast and so your fingers have to really move. Having said that, once you've mastered it, it's a lot of fun to play and perfect for the intermediate player.

Alright, let's pick up our guitars and learn how to play Everybody's Talkin'!

As I mentioned, the tempo is fast at 125 bpm and this can be a real challenge. You must practise all of the patterns and the chord changes very slowly as there are some really intricate parts for both hands throughout the song. However, there are just two parts to the song - a verse and chorus - neither is harder than the other. 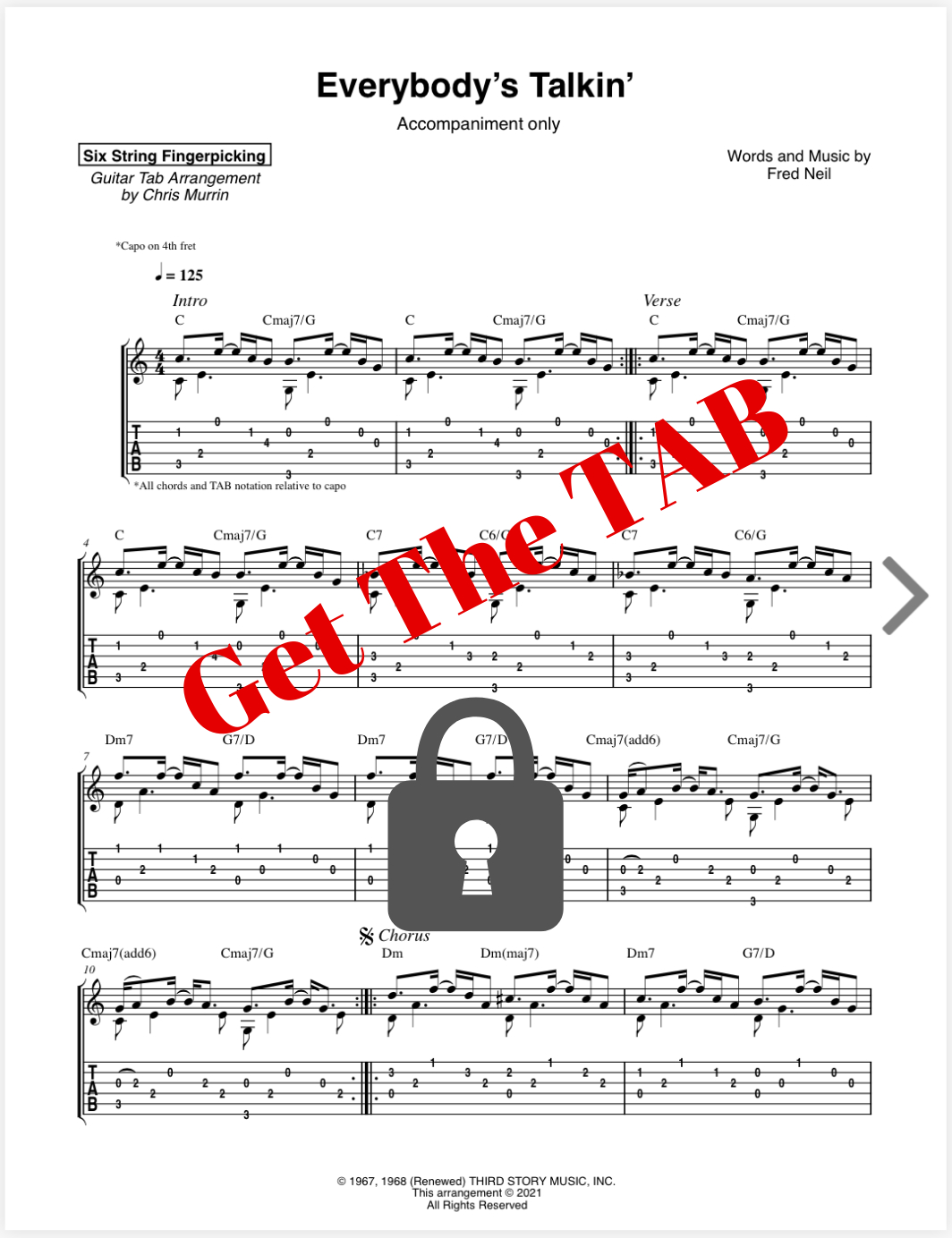 One Of These Things First Guitar Lesson (Nick Drake)

Develop your fingerpicking skills and musicality. This is the perfect course to take you through to becoming an advanced player.

Join the course today and take your fingerstyle playing up a gear!