Scroll down for full fingerstyle guitar lesson (with tab/video tutorial) of Hey Hey by Eric Clapton.

Hey Hey was originally written by Big Bill Broonzy in 1951 and Eric Clapton's cover of the song can be found on his massively successful live album 'Eric Clapton Unplugged', recorded in 1992.

Hey Hey is no. 47 on my Top 60 Fingerpicking Songs of ALL TIME list. If you've not seen the list be sure to check it out and sign up to my weekly email lesson. That way you won't miss learning any of these great fingerstyle songs.

The song is a straight up 12 bar blues in E and it's a terrific one to learn for aspiring fingerstyle blues players. Although the chord structure is very simple and repetitive throughout, it's certainly not an easy tune to master. It's fast, demanding on the right hand and moves all over the neck. Having said, that once you do get it together it's a lot of fun to play and it sounds fantastic!

Hey Hey is made up of just two parts, both of them are built with the exact same 12 bar chord structure. The first part is the instrumental section (kind of the riff) that opens the song and reappears after every sung verse. 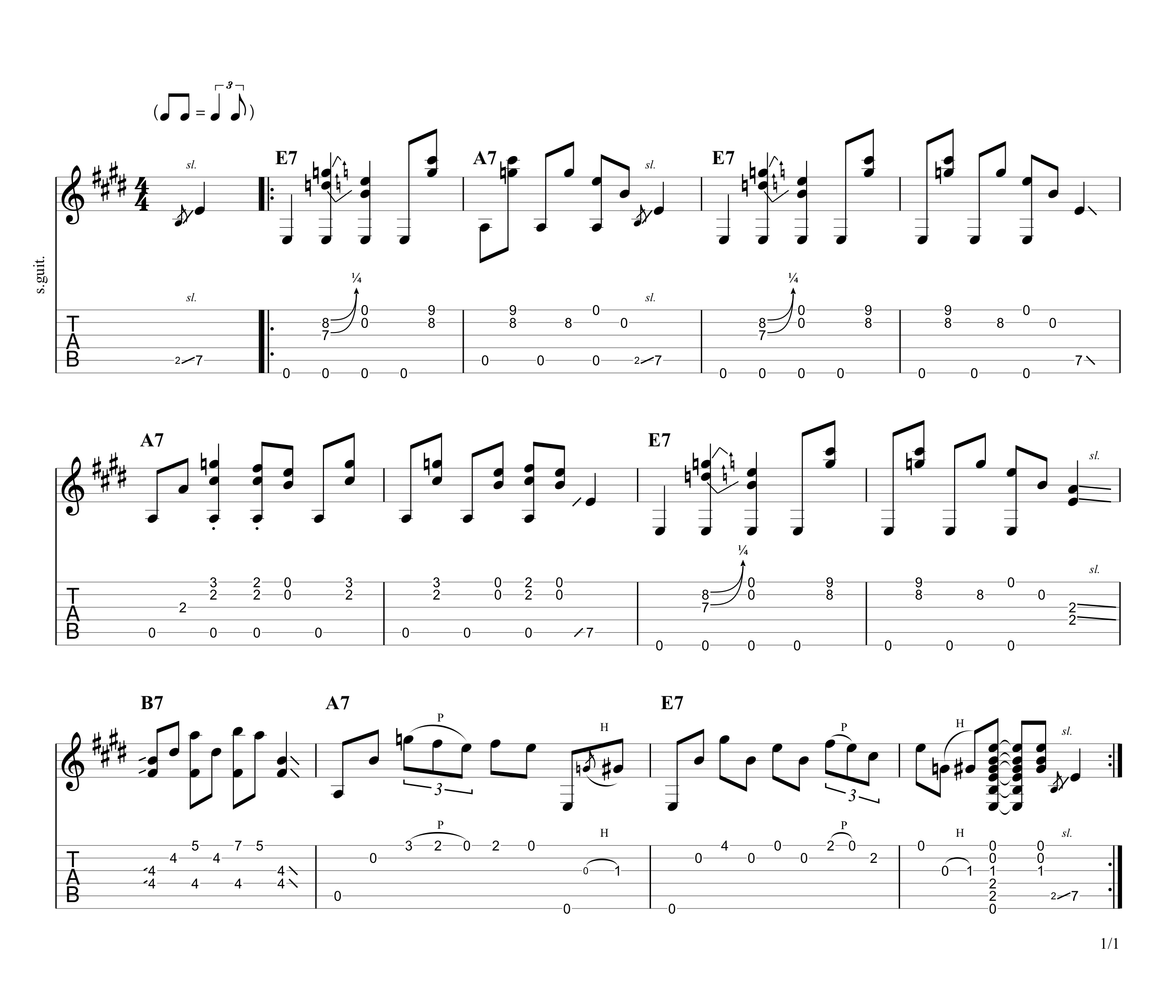 The second section is the 12 bars where Clapton sings. You don't have to play this part as I've written it, note-for-note. If you watch Clapton play the song you'll notice he mixes things up often. This is very typical among blues players, so instead see this as a template to work from.