Is There Anybody out There? By Pink Floyd (Fingerstyle Guitar Lesson)

Scroll down for full video lesson (with tab) of Is There Anybody Out There.

Is There Anybody out There is on Pink Floyd's hugely successful album 'The Wall'. It's a beautiful, haunting song that's fantastic for fingerstyle players to learn. The hardest part is to constantly let each note ring into the next and not let any of your fingers accidentally mute another string.

You may also find some of the fingerings a little tricky, especially watch out for the Am/F# chord that comes along in bar three, it's quite a big stretch! This song shows a great use of slash chords and hopefully will give you some of your own ideas for writing with them.

Is There Anybody out There was played on a nylon strung guitar for the recording, which gives it a smooth and warm tone, but it works just as well on a steel strung guitar too. The guitar part doesn't start until halfway through the song and is accompanied by an orchestra.

Is There Anybody out There is no. 14 on my Top 60 Fingerpicking Songs of ALL TIME list. If you've not seen the list be sure to check it out and subscribe to get weekly lessons for each song!

The first four bars are all based around an Am chord with a moving bass note. As you can see the G, B and high E strings remain the same throughout and the D string moves chromatically from the note of E (2nd fret) to F# (4th fret) and then back down again.

In the next two bars the use of slash chords is still very strong, and this time the bass line descends down the A natural minor scale from the note of E on the D string, all the way to the open A string. 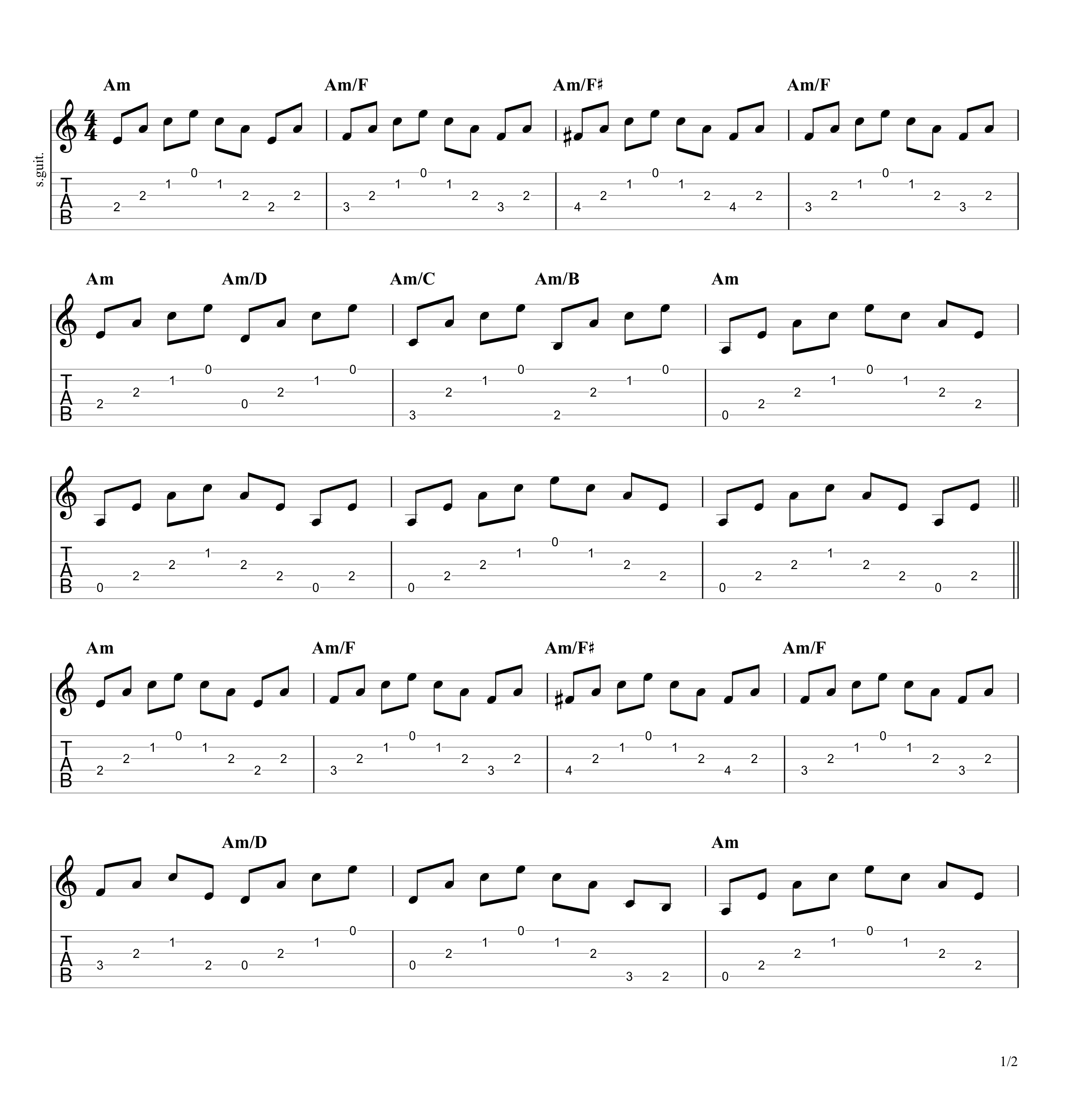 The second half of the piece has its difficulties too, watch out for the run of notes played after the G chord, this part feels fast and it's hard to get all the notes to run together smoothly. Also try to add in the slide on the G string from B (4th fret) to A (2nd fret). Up to speed it's quite tough to get it, but it is on the recording. 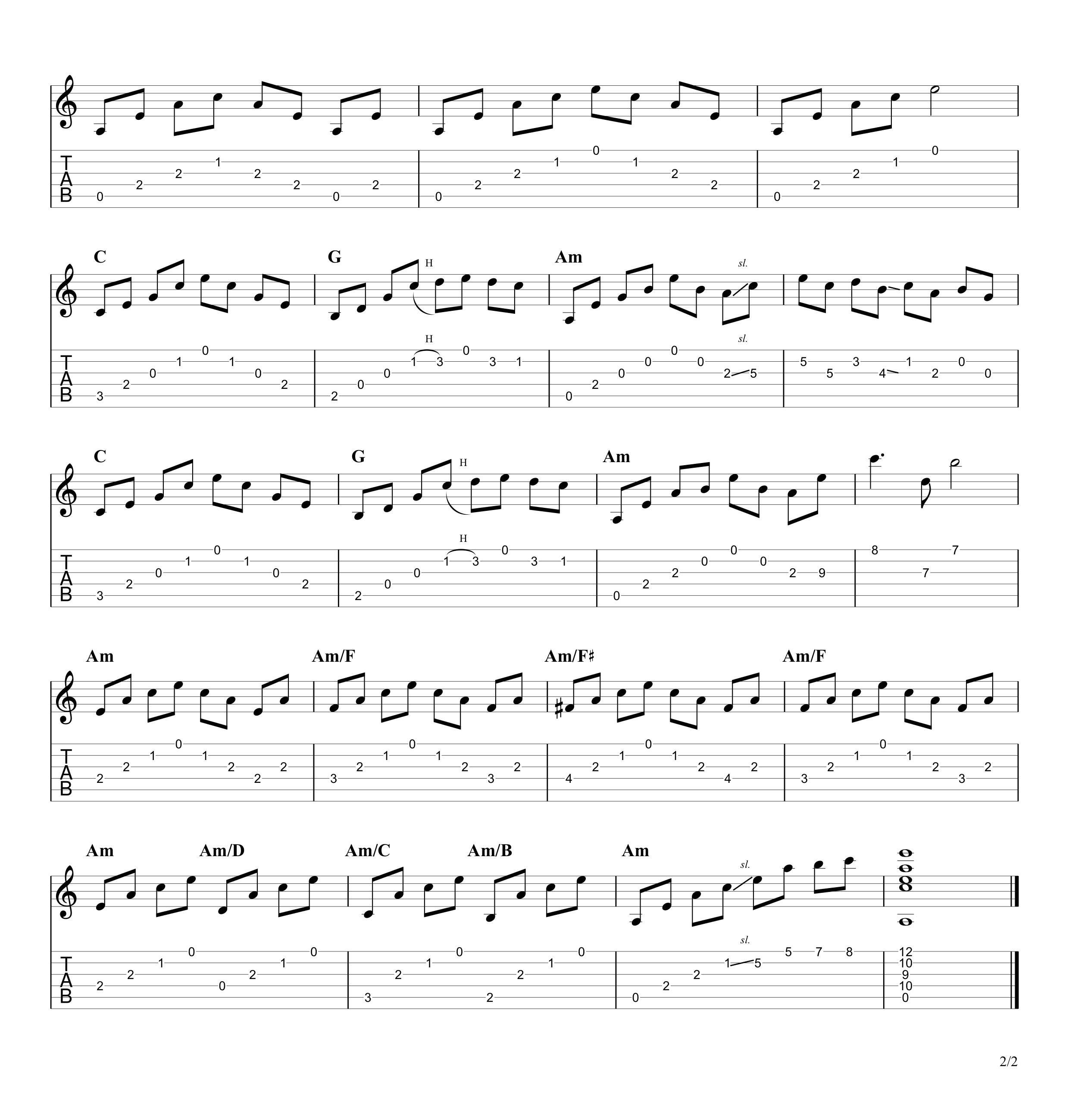