More Than Words by Extreme (Fingerstyle Guitar Lesson with TAB)

More Than Words was written by American funk-metal band 'Extreme' and it appears on their classic album 'Pornograffitti'. Extreme wrote the song in 1991 and it's gone on to become the band's biggest hit, reaching number one in the U.S.A, Canada, New Zealand, Belgium and The Netherlands. Nuno Bettencourt is the guitarist for Extreme and a shredder at heart, More Than words is certainly a detour from his usual style of playing.

Alright, let's pick up our guitars and learn how to play More Than Words!

The Intro Lesson for More Than Words

Although simple compared to a lot of Extreme's songs, More Than Words can still be hard to learn for many players. The chords are easy enough, but it's the rhythm that is a little odd at times, and the slightly unorthodox fingerstyle technique Bettencourt uses. You want to really focus on getting the introduction secure before venturing into any other area of the song. 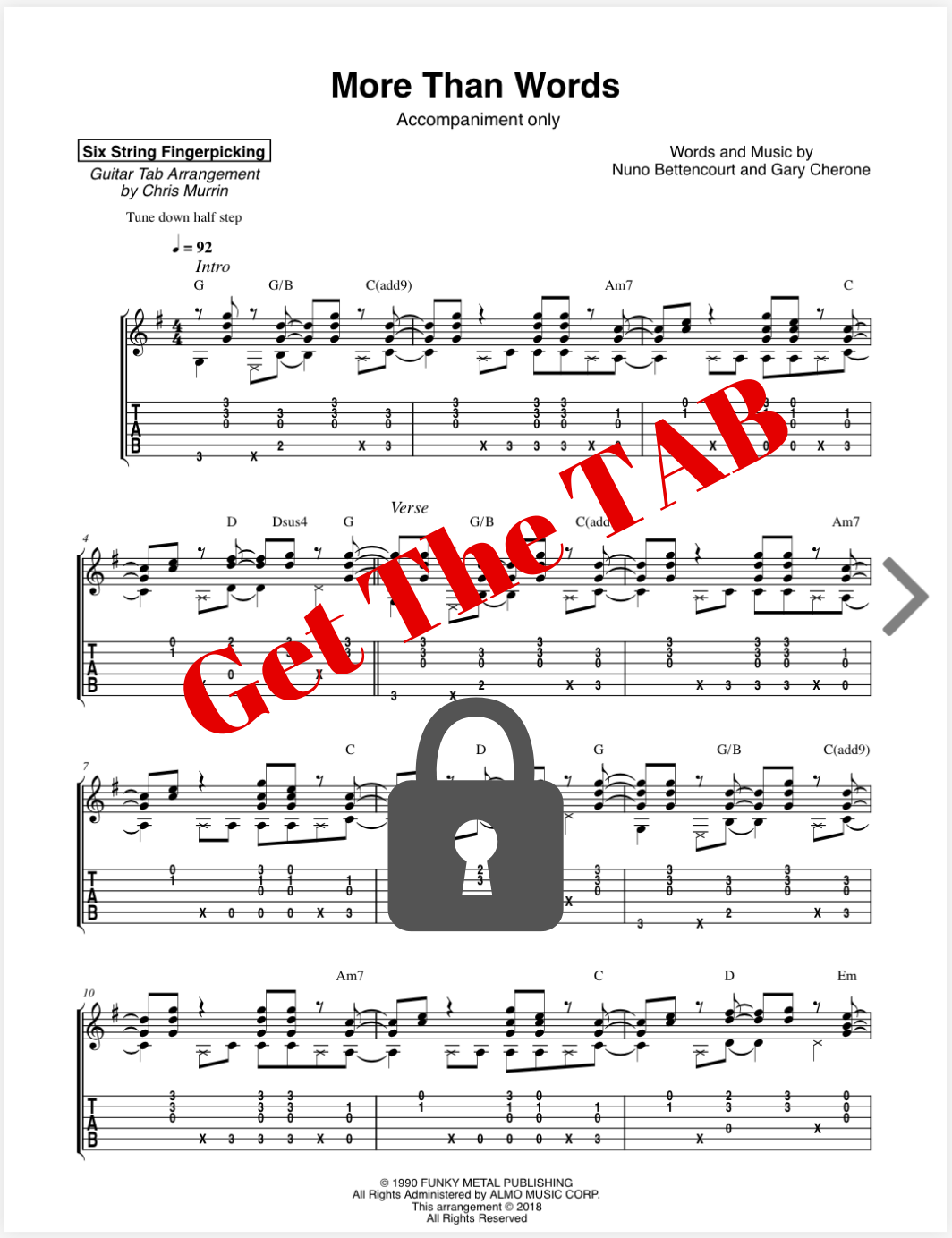 The Heart of Life by John Mayer Guitar Lesson

With Or Without You Guitar Lesson (U2) for Fingerstyle Guitar

Blowin’ in the Wind by Bob Dylan – Fingerstyle Guitar lesson

How to Play the Verse

The verse begins with the same progression as the intro, then more chords are brought in after.

How to Play the Chorus

This section is a little easier than the verse I'd say.

Develop your fingerpicking skills and musicality. This is the perfect course to take you through to becoming an advanced player.

Join the course today and take your fingerstyle playing up a gear!