Operator (That's Not the Way It Feels) was written by American singer-songerwriter Jim Croce in 1972 and the song went on to peak at number 17 on the Billboard Hot 100.

Underneath Jim's vocals there are two guitars playing in perfect harmony throughout the song. In this lesson we're going to be learning how to play both parts.

Jim's guitar part is the more straightforward of the two and consists mainly of relatively simple chords being arpeggiated and fingerpicked. The second guitar (played by Maury Muehleisen) is more of a lead guitar in style and has all sorts of fancy licks going on.

Operator (That's Not the Way It Feels) (Performance)

As you learn to play Operator, be sure to frequently return to the performance as a good reference point and guide.

In this first video we learn how to play the intro and verse of Operator as played by Jim Croce. As mentioned above, it's really just a simple chord progression with arpeggiated chords. If you play at an intermediate level of fingerpicking you shouldn't struggle too much here. 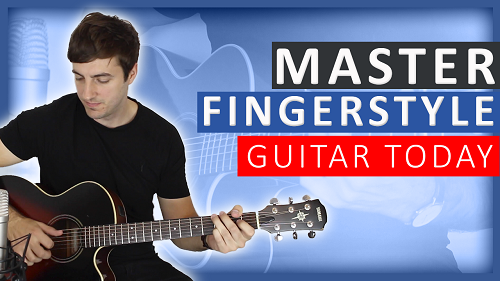 In this lesson we learn the chorus and bridge of Operator as played by Croce. What's difficult about the chorus is that there are loads of chords and they seem to fly by at an alarming rate. It certainly took me a while to memorise the order for them all. Having said that, the bridge is a piece of cake in comparison, as you'll see in the video.

Let's now get stuck into the lead guitar part of Operator (That's Not the Way It Feels). The first thing that you want to do is place a capo on the 5th fret. The next thing you want to do is to brace yourself, as there's A LOT going on!

In this video lesson we learn how to play the intro. 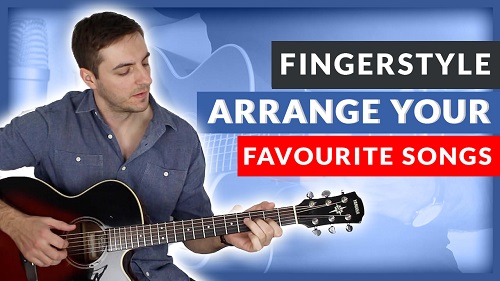 Muehleisen plays the piece using a thumb pick, I personally feel comfortable with a regular flatpick and hybrid picking. My advice is to play around and to find what works best for you. You may find that you want to use just your fingers, this is of course fine too.

Take advantage of this brilliant offer and learn absolutely everything you need to know about fingerpicking. And don't forget to bookmark this page, a library of the best fingerpicking songs.

Into the chorus now and the lead licks calm down for the first few bars. This is short-lived, however, as there's some really tasty but quite hard lines going on at the end.

The second verse of Operator is very similar to the first; however, you'll notice that there are a few subtle changes here and there.

The bridge is just four bars long but there's plenty going on. Don't feel as though you have to play it note-for-note as I have, so long as you're arpeggiating the chords you'll likely be ok.

The last verse now of Operator and again it's much the same as the others, just with a few small changes.

Finally you've made it to the outro - congratulations! Thankfully, there's actually no new licks to learn here, just ones from earlier on in the song.

If you enjoyed this lesson and are keen to learn more, then any of these song lessons will be a great next step for you: Classical Gas (Mason Williams), Mister Sandman (Chet Atkins), Never Going Back Again (Fleetwood Mac), Neon (John Mayer).

How Deep Is Your Love Guitar Lesson – Bee Gees (Fingerstyle)

The Times They Are A-Changin’ Guitar Lesson (Bob Dylan) – Fingerstyle

Every Breath You Take Guitar Lesson (The Police) – Fingerstyle