Scroll down for full video lesson (with tab) of Street Spirit (Fade Out) by Radiohead.

Street Spirit (Fade Out) was recorded in 1994 (released in 1996) by English alternative rock band Radiohead. The song appears on their hugely successful album 'The Bends' (released March '95), it went on to peak at number 5 in the U.K charts.

Street Spirit (Fade Out) is no. 36 on my Top 60 Fingerpicking Songs of ALL TIME list. If you've not seen the list be sure to check it out and sign up to my weekly email lesson. That way you won't miss learning any of these great fingerstyle songs.

This song is a three chord masterpiece. It's unbelievably well crafted and to some degree very simplistic. Throughout Street Spirit Thom Yorke arpeggiates his way through the chords of Am, Em and C, adding a consistent melodic line on the B string that repeats through each of the three chords.

Yorke uses a pick when he plays it, but there is no reason not to fingerpick it if you want to. Personally, I actually think that playing it fingerstyle is easier than using a plectrum; however I do recommend trying it both ways and seeing what works best for you.

The easiest way to get the structure of the song down is simply to listen to it and anticipate the changes.

Really get the intro down first before moving on and trying the pattern out on the other chords.

Probably the hardest part about playing this song (once you've got all the patterns and changes together) is keeping it consistently correct, it's very easy to play the wrong string. It's a real challenge to get all the way to the end without accidentally knocking into the wrong one. Expect some frustration here.

Don't worry if you find yourself doing that, I remember doing it a lot myself. 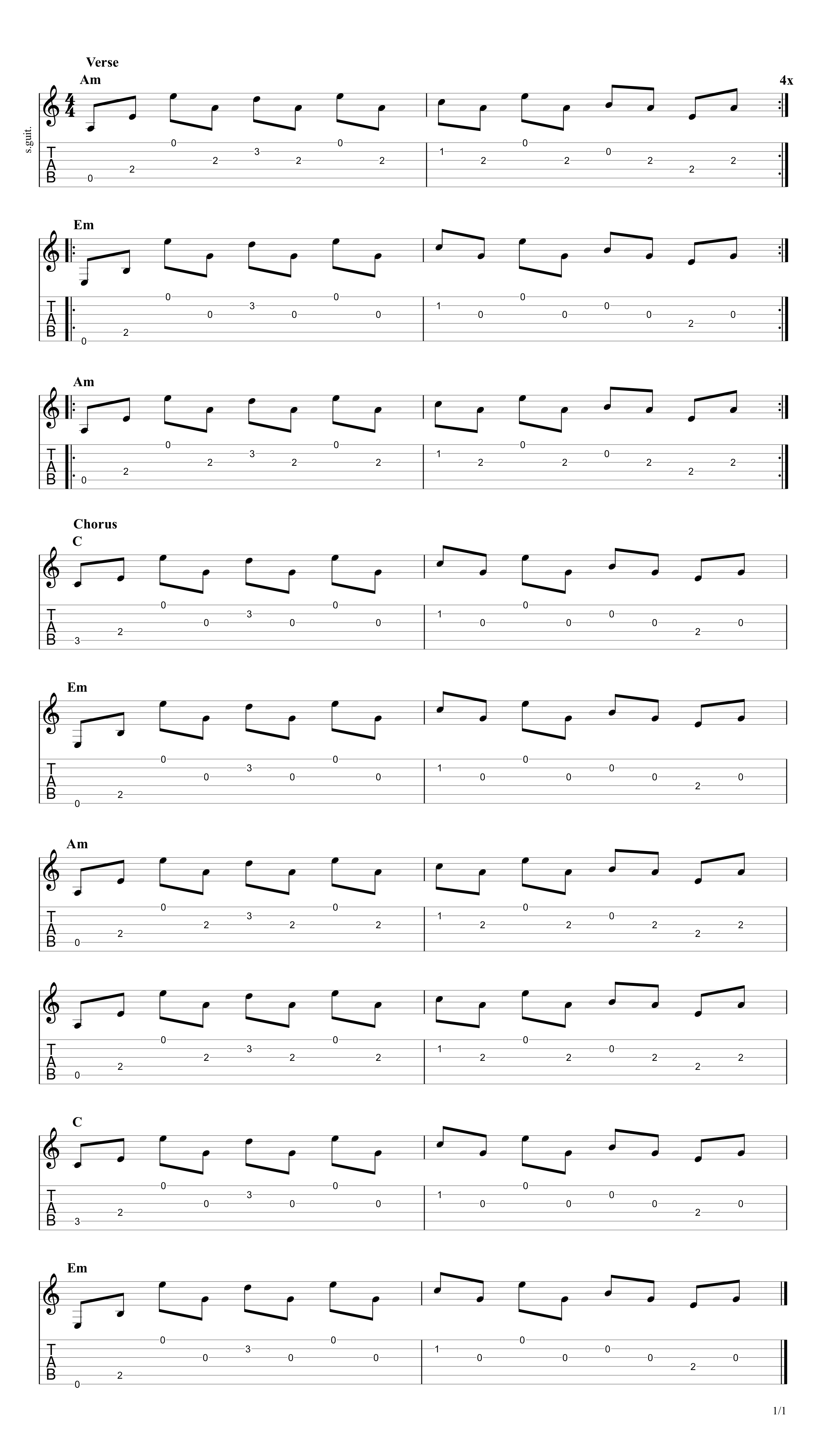